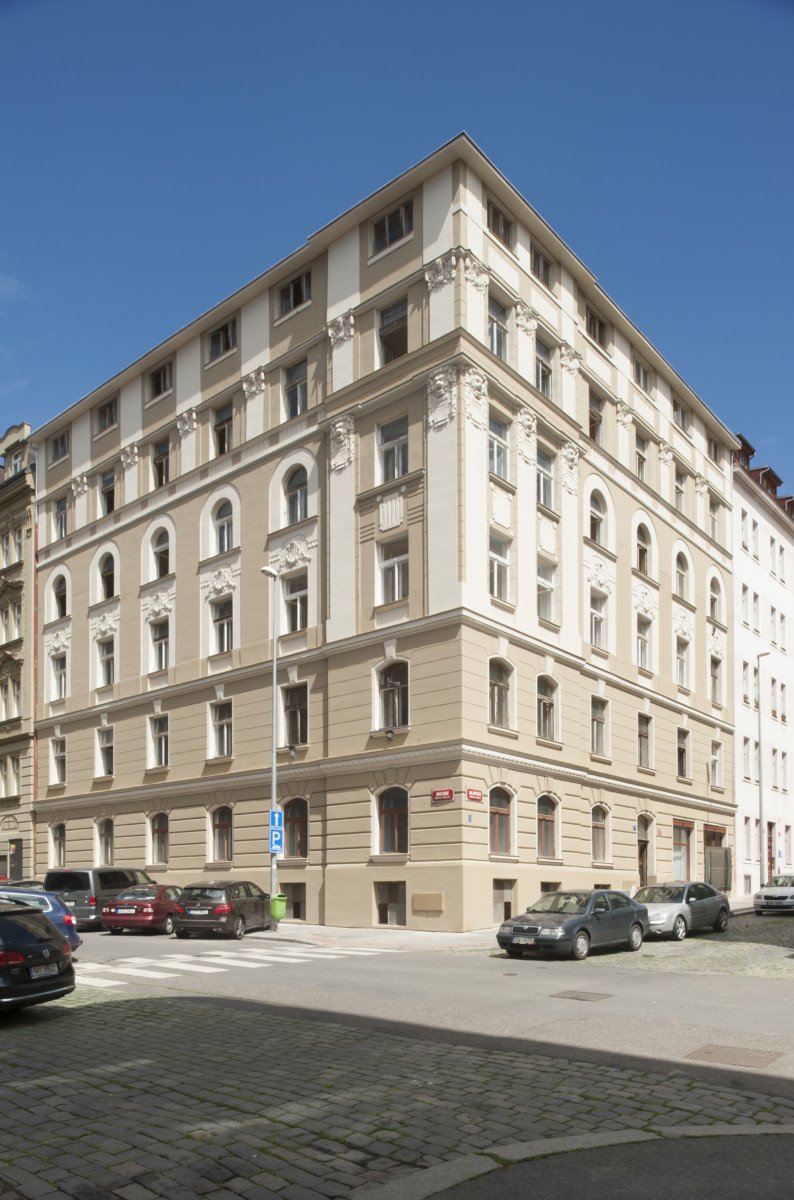 Corner house in a sought-after residential location. The house was mostly occupied by tenants, but its maintenance was largely neglected. The Italian owner sold the house to a Czech developer, who immediately began renovating the house. The common areas and utility networks were reconstructed here, a new elevator was installed. After dividing the housing units, most of the apartments will be sold in shell and core condition. 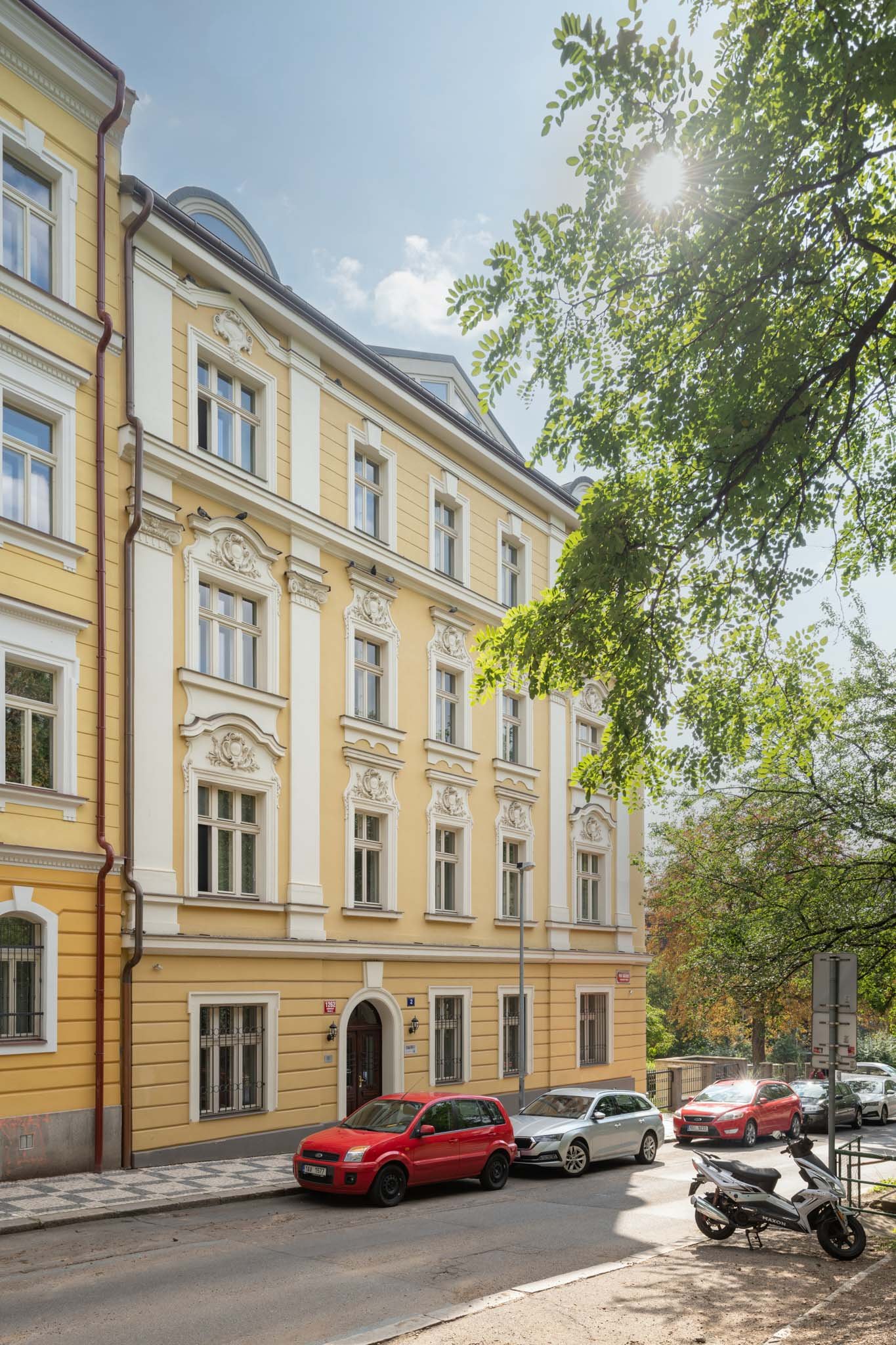 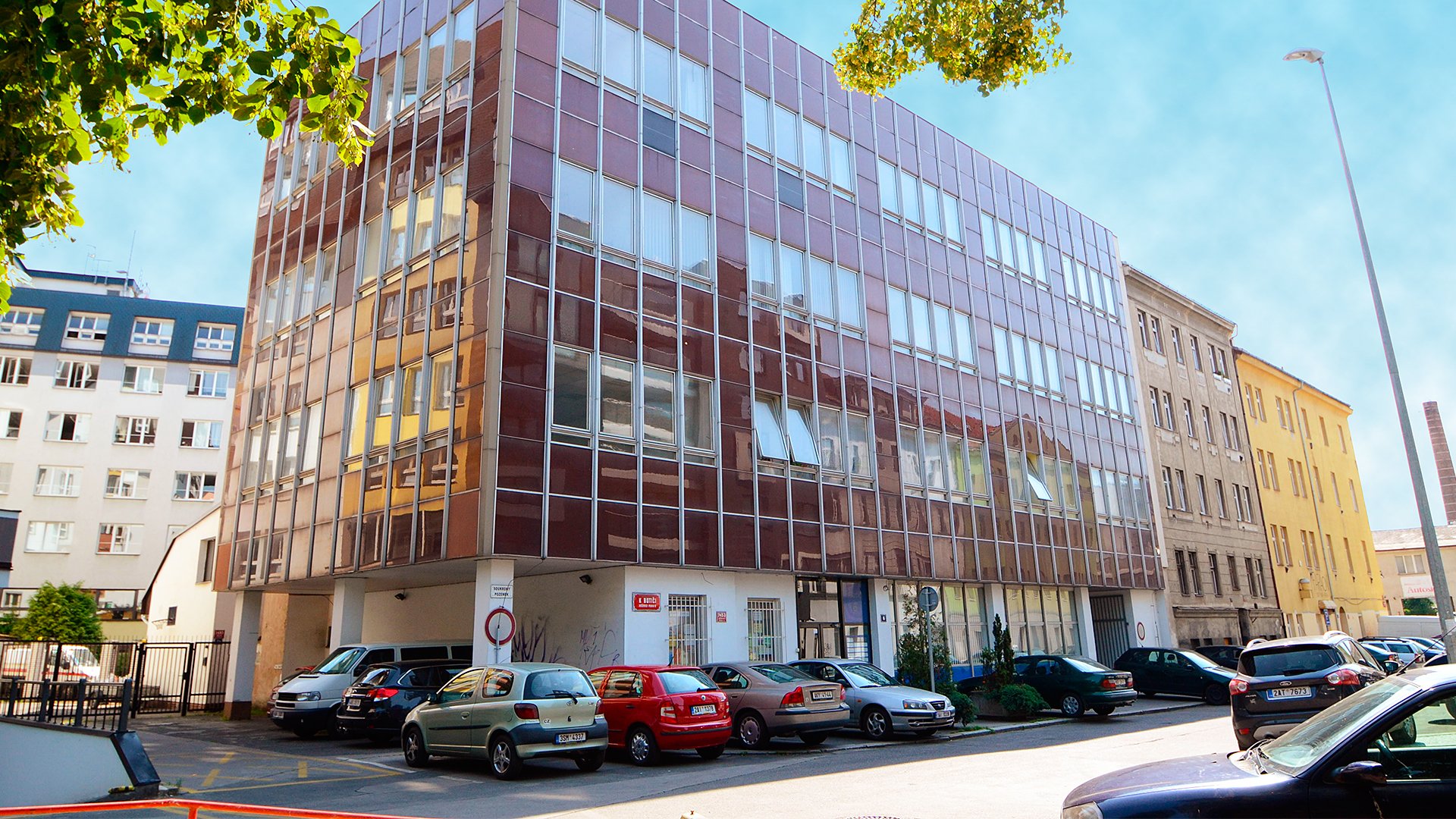 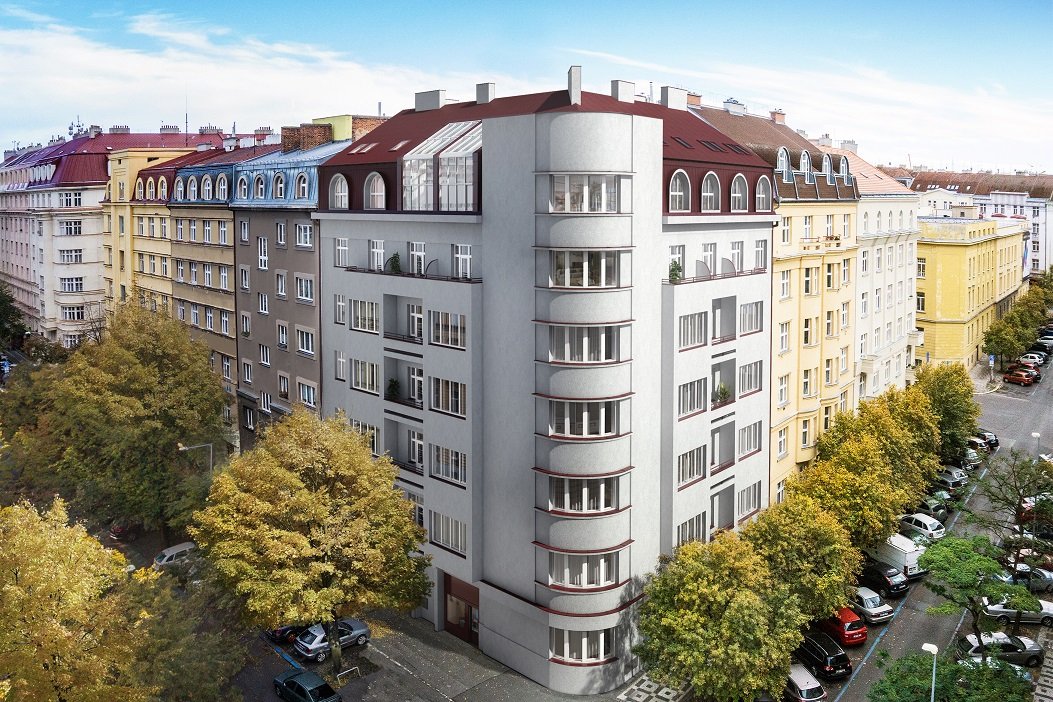